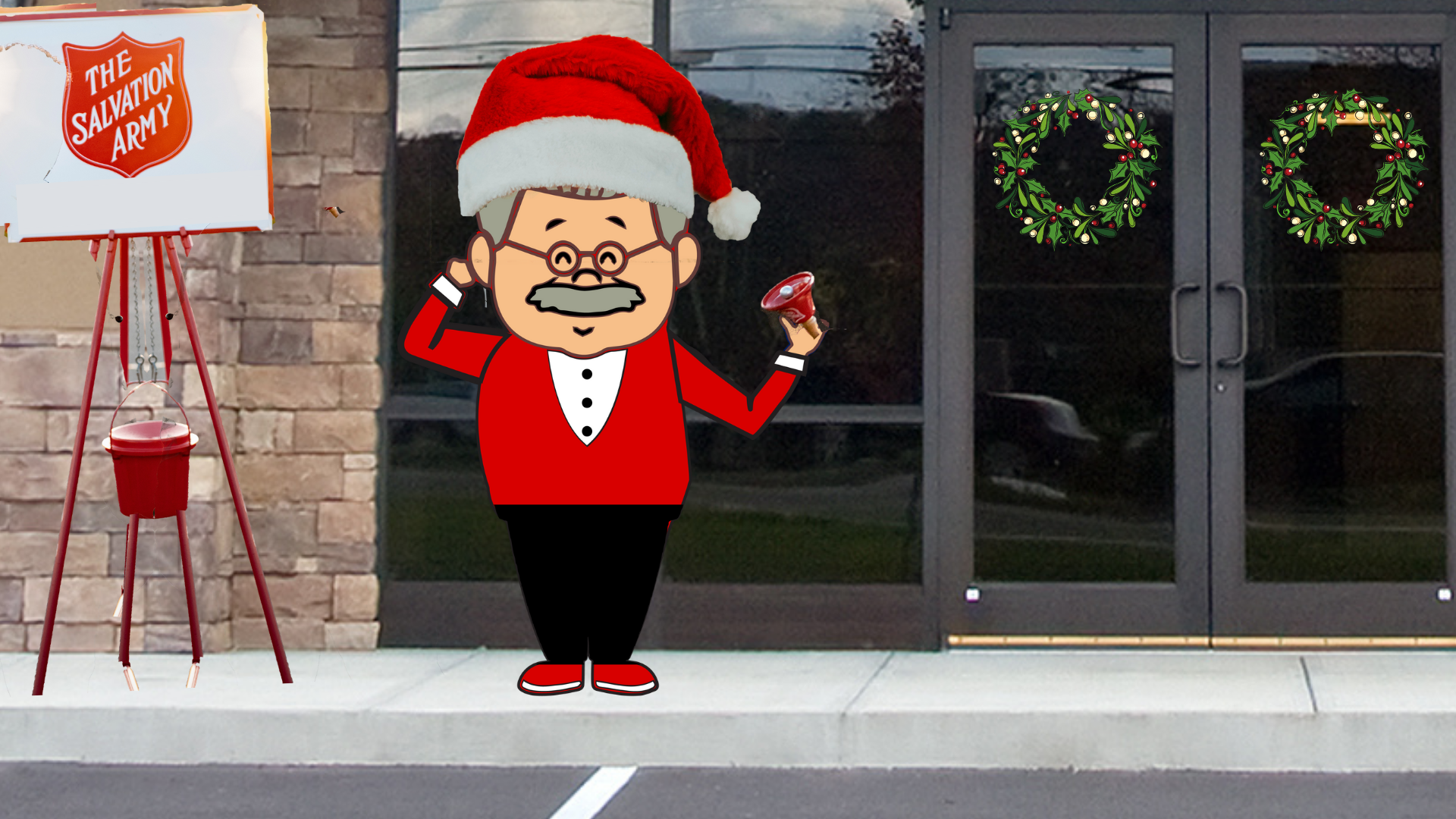 Family philanthropy can be a training ground for inheritance as it provides opportunities to raise financially literate heirs with a sense of civic responsibility. The Hurlow Wealth Management Group created the Grandpa Moneybags series to introduce financial concepts, including charity and philanthropy, to the next generation of wealth holders.

After breakfast on the first morning of their winter holiday, Charlie told his grandsons to get dressed for a special outing. "We're leaving in 15 minutes."

"Where are we going?" Keith asked skeptically.

"Is it ice cream?" Bobby guessed.

"Your grandmother loved to do that when you guys were little, but don't worry, that's not in the plan. So come on; it will be worth your while."

Thirty minutes later, Charlie pulled into the grocery store parking lot. He took three Santa hats out of a bag, and after putting one on his head, he handed the others to his grandsons. Keith looked like he was going to resist. "Hey, if I'm doing it, you know it must be cool!" Charlie coaxed.

"Why do we need to wear these to go grocery shopping?" Keith asked as he put the hat on reluctantly.

"Who said anything about shopping?" Charlie smiled as he walked toward the store with the two boys following closely behind.

"Charlie! Good to see you, and it's nice to meet you, boys. I'm John, and this is Kevin. We're in the Men's Club with your grandfather." After shaking hands, John and Kevin offered their bells to the boys.

"I brought my own," said Charlie pulling a bell out of his jacket pocket.

"Tom and Sal will be here in two hours to relieve you. Have fun!" Kevin shouted as he walked towards his car.

"This is the surprise? This sucks," mumbled Keith. But Bobby was already ringing as hard as he could.

"Merry Christmas!" Bobby said in a cheerful voice to every grocery customer, followed by, "Thank you for your donation!" or variations of, "every little bit counts," as coins clinked into the kettle.

After a couple minutes of Keith's pouting, Charlie took him aside and asked, "Why do you think we are doing this?"

"Because you like annoying people and hassling them for money?"

"Because you want to teach us some stupid lesson about giving to the poor?"

"You're getting warmer," Charlie continued prodding.

"I don't know, because we are going to get presents at Christmas, and this helps us remember that some people don't even have enough food, let alone the PS5 you are giving us?" Keith smirked.

Charlie put his arm around the boy, who was almost as tall as he was. He just chuckled and kept ringing the bell.

Introducing The Family Legacy
Charlie took the boys for ice cream at the end of their shift. "I'm proud of you both," he told them over double scoops. "Tell me, what did you notice today?"

"A lot of people didn't have any cash. People don't carry cash. They should upgrade those kettles and make them digital, where you can tap your Venmo or something," Keith suggested.

"Interesting, Keith. What about you, Bobby? What do you remember?"

"Some people pretended not to see me, but most were friendly. I saw a couple people go to their cars and then come back with change. A few gave dollar bills or $5, someone even put in $20, maybe more!"

"Why do you think people want to give money?"

"Because it feels good?" Bobby chimed in.

"It feels good to give your money away? Does that make sense? Isn't it better to keep your money to make sure you have everything you want and need?" Charlie could see Keith thinking and let the question linger in the air.

"Maybe they have everything they want." Keith shrugged.

"I guarantee you that there is always more that people could want. What else could it be?" Charlie pushed his grandchildren to keep thinking.

"Ok, so maybe they have everything they need and recognize that other people don't," Keith responded.

"What do you think people need?"

"The basics, you know, food, shelter, clothing. People who have those things, maybe giving helps them feel grateful that they are not going without," said Keith confidently.

"What about you guys? Have you ever felt like you didn't have everything you needed?"

The boys shook their heads.

"That wasn't always the case with our family. My grandfather Charles was born in the United States, but his parents, Frederick and Catherine, immigrated from Ireland a long time ago. Frederick got a job working as a lockkeeper. Do you know what a lockkeeper does?"

"Did he move boats through a canal?" asked 12-year-old Bobby.

"That's right! He worked very hard day and night, but he and his family were happy to be in America, and he was grateful to have a job that came with a house. He and his wife Catherine had five children, one of those was your great-grandfather, Charles. Well, one day, when Charles was only six years old, Frederick fell into the lock and drowned. The next day, the owner of the lock came and told my great-grandmother that she had to move out. She and her children were homeless. So, you see, we have known hardship in our family. My grandfather didn't get a chance to finish school. As soon as he turned 14, he had to get a job. So, when he had a family, he made sure all his children finished high school. It's much easier to find a job with an education, and when you have a job, it's easier to afford a place to live and buy food, clothes, and the other things you need.

The Salvation Army helps more than 30 million Americans every year by providing food for the hungry, clothing and shelter for people in need, and so much more. I don't know if my great-grandmother, Catherine got help from The Salvation Army after Frederick died, but maybe she did. It's important to me to give to causes like this to make sure kids like my grandfather and his family who fall on hard times get the help they need.

Now, boys, you tell me. How much do you think we should put into the red kettle? How much is that game system you wanted?"

"Well, I want this Grandpa Moneybags nickname to do some good! What do you think?"

"Is it better to receive or to give?" Charlie enjoyed watching his teenage grandson struggle with the confrontation of a moral decision, knowing that the game system was wrapped neatly under the tree. After Bobby announced it was better to give and didn't need another game system this year, Charlie turned the question back to Keith. "It's up to you, Keith. What's it going to be?"

In 2021, The Salvation Army was ranked #2 on the "America's Favorite Charities" list by the Chronicle of Philanthropy, but due to a shortage of bell ringers, there were fewer red kettles filled this holiday season. If you want more information on this cause, visit SalvationArmyUSA.org.

You May Also Enjoy 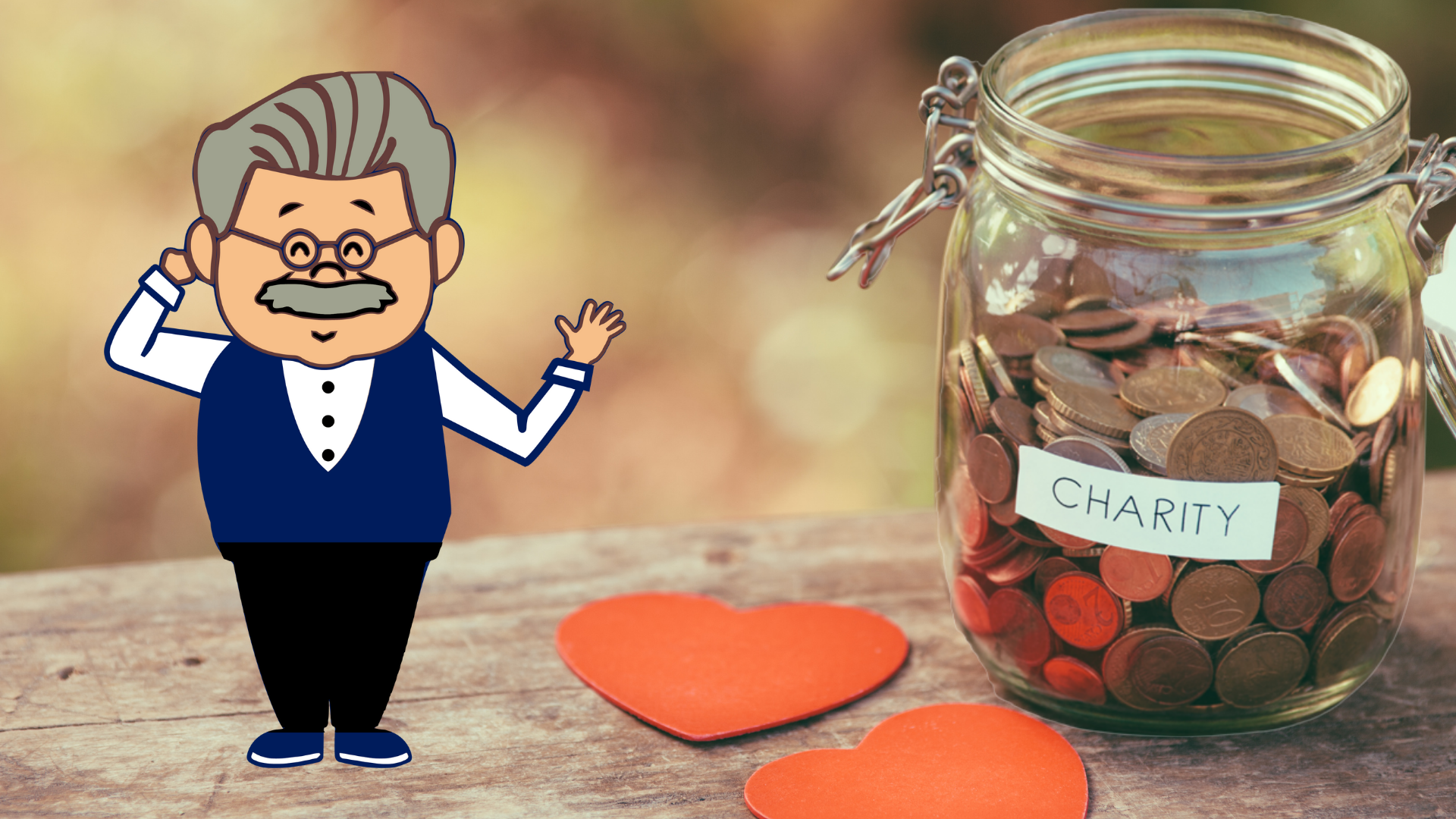 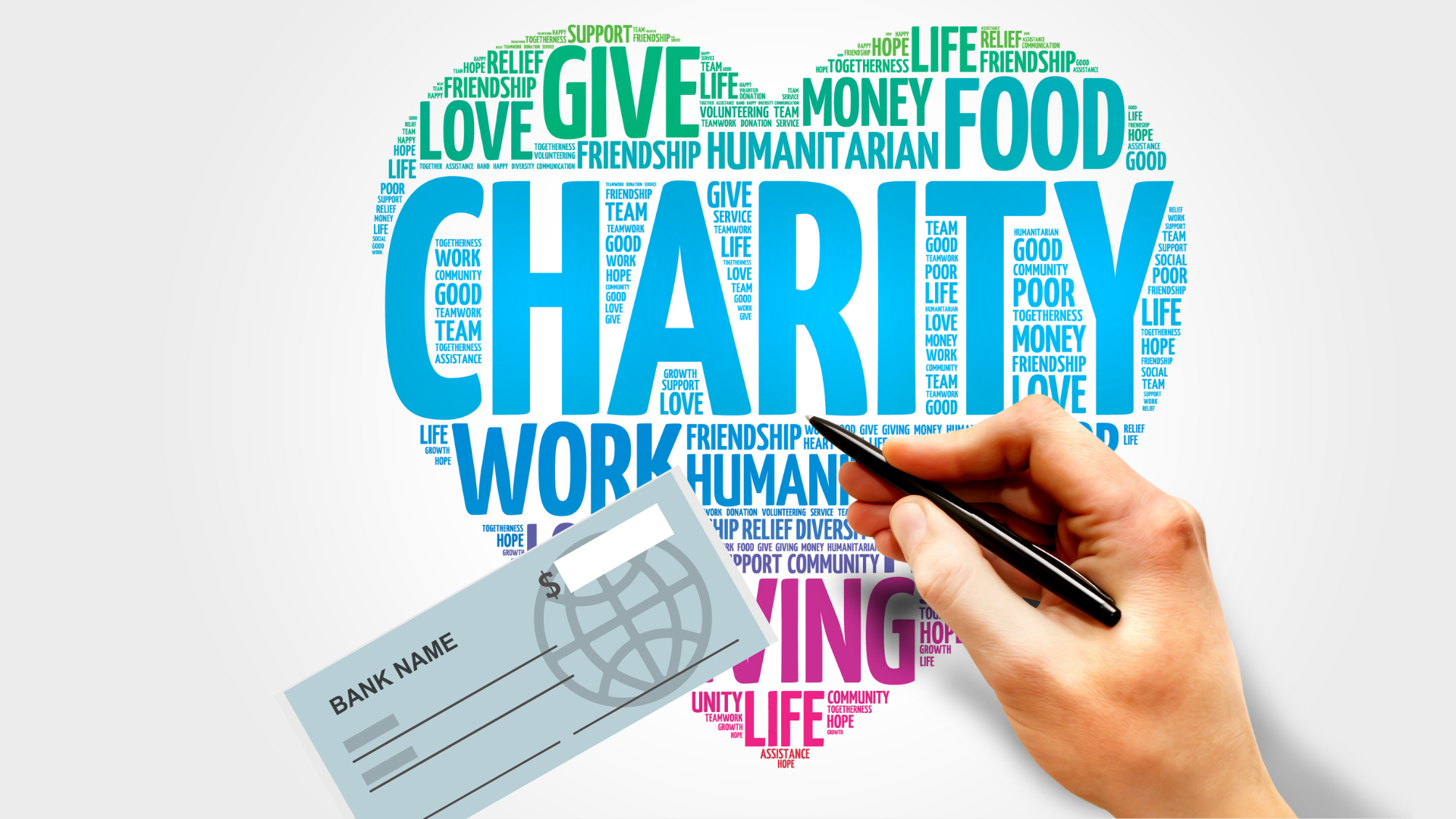 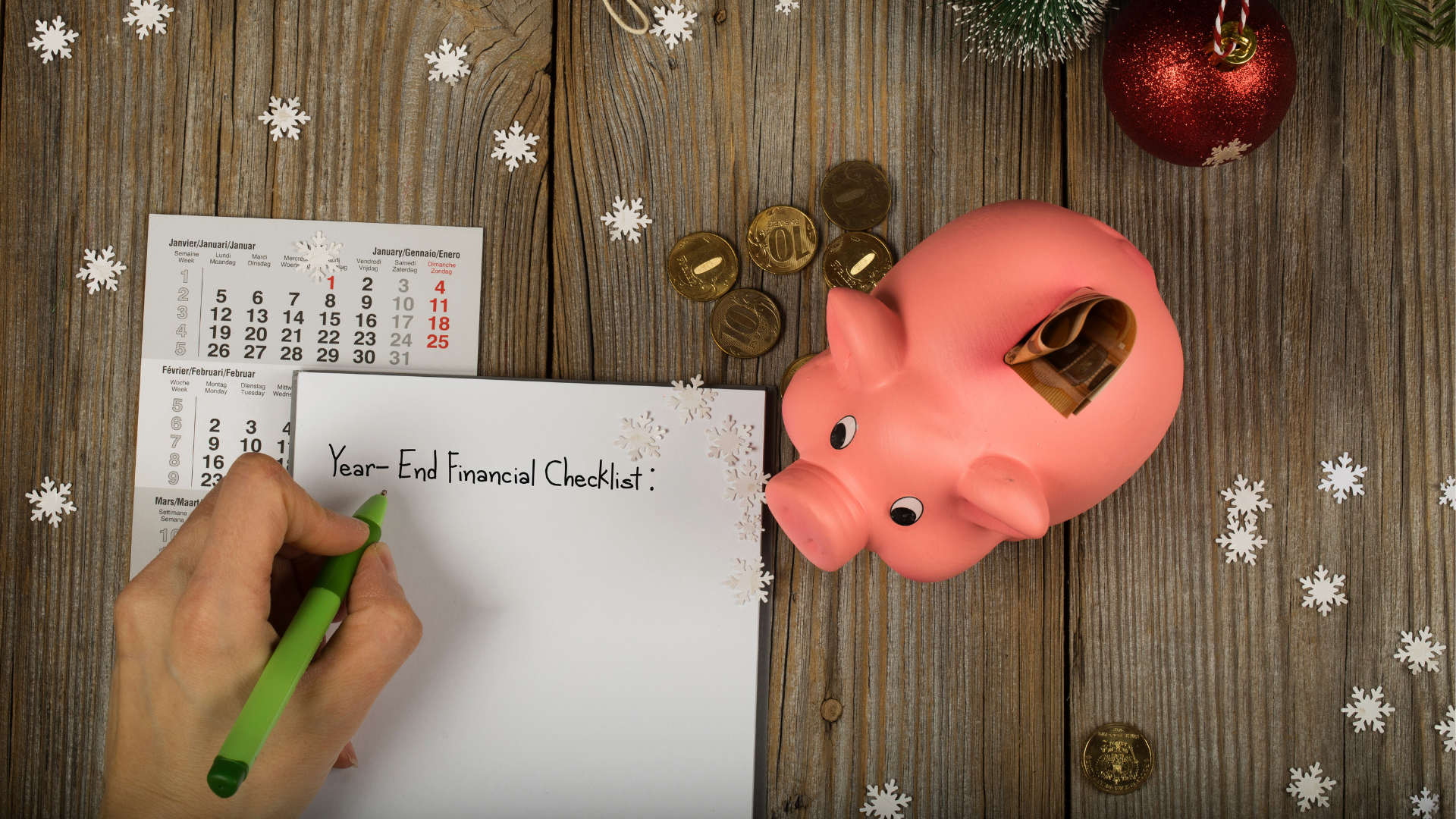