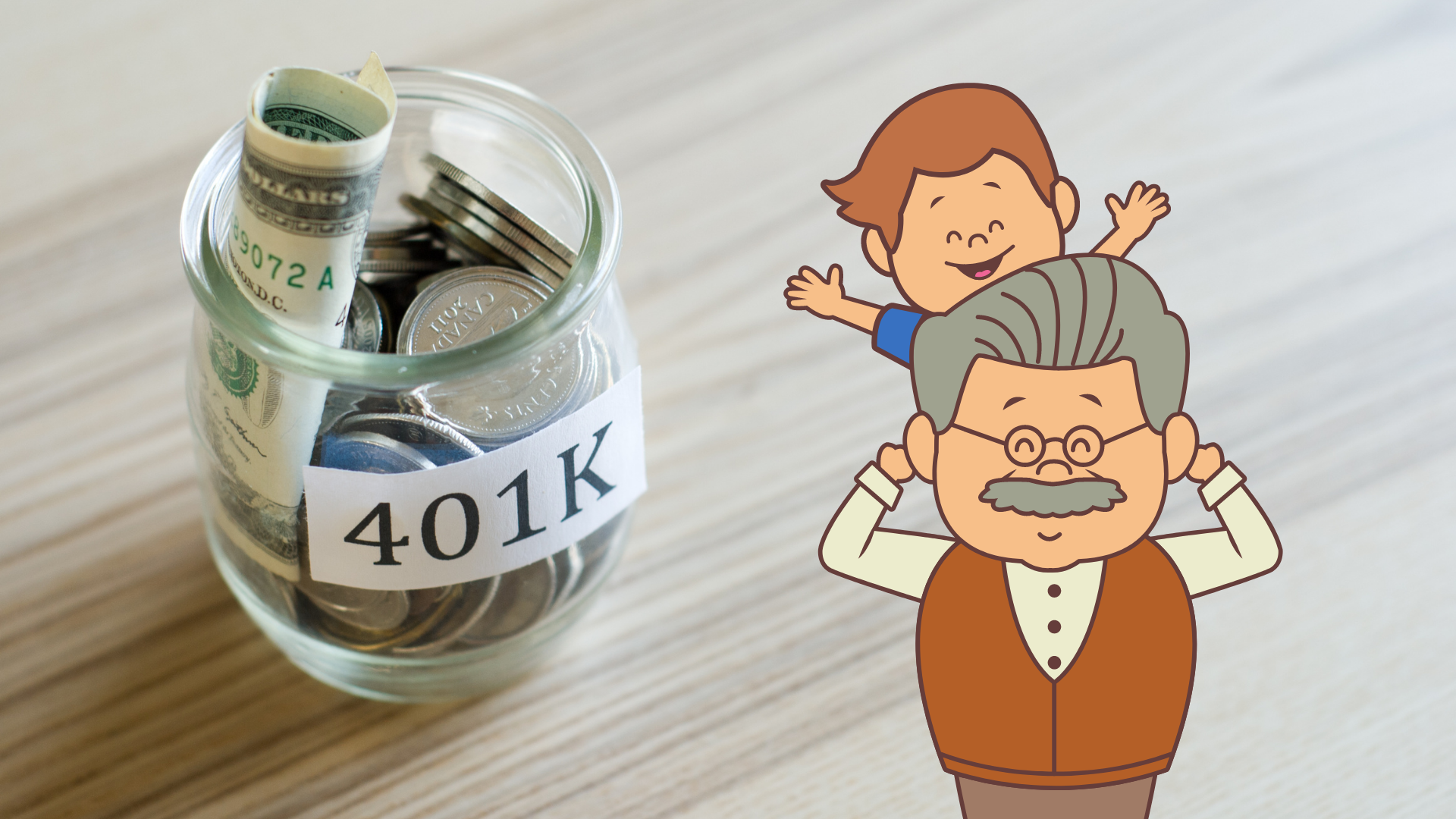 The following lesson in the Grandpa Moneybags series teaches kids about retirement plans and the value of patience. Created by Hurlow Wealth Management Group, Grandpa Moneybags is a fictional character who shares lessons that parents and grandparents can use to align with monetary gifts and introduce financial concepts.

Charlie grew up poor. His family lived in a small apartment in New Jersey, where he shared a bedroom with three brothers. He worked very hard on his education, eventually going to law school. A few years after graduating, he married and bought his own house in the suburbs, commuting an hour on the train to New York City every day. His work was very demanding, but he provided well for his wife and, eventually, their three daughters. He wanted to make sure that his family had the privileges that he never had as a child.

They had a housekeeper to help with the chores, and his kids went to the best schools. But his wife did most of the actual raising of the girls. She took them to their music lessons, sports, and dance classes. When his kids had events at school, she attended most of them solo as his work demanded long hours. The one weekly event that he loved to do was allowance day. On Sunday mornings, he opened his wallet and gave his girls cash. Sometimes that day included a trip to the store, but as they grew into adolescence, they just gave him a hug, kiss on the cheek, or a quick "thanks, dad."

As each daughter left for college, he asked her to call on Sundays to remind him about allowance day. On Mondays after their calls, he would deposit $50 into each of their accounts. After graduation and the girls had jobs of their own, Charlie still wanted to provide for his daughters but recognized they didn't need an "allowance" any longer, so he ended each call or visit with the question, "do you need any money?"

When his daughter, Katie, had children of her own, he wanted to help provide for them financially. So, in addition to setting up 529 college education savings accounts for the boys, he also liked giving them cash.

His grandsons are now teenagers, but he gave them a wallet with a single dollar for each of their third birthdays. Then, whenever they came to see him, he asked, "did you bring your wallet?" The boys learned that Grandpa would give them a dollar if they brought their wallets, but they didn't get the dollar if they forgot.

A few years ago, Katie moved with her husband and two sons to Chicago. For summer vacation that year, he rented a big house on the beach to spend a week together. Instead of the dollar, when Charlie saw the two boys (ages 9 and 11), he gave them $100 each. When they returned for summer vacation the following year, the boys again received the cash, but instead of a simple thanks and hug, he heard "Thanks, Grandpa Moneybags" and watched them run off to find their rooms.

While the term was endearing and not intended as an insult, he wondered if the lessons he was teaching them were unhealthy. Was his giving creating entitlement? While he enjoyed being financially generous and did not see it as spoiling, he decided to make some new traditions with his grandchildren.

The Gift Of Patience

For the following year's vacation, Grandpa Moneybags had a plan. He wanted to help his grandchildren recognize the value of money other than its actual monetary face value. Upon arrival, the boys expected the handout. But, instead, he offered them a choice. "I'll give you $40 now and $60 at the end of the week, or do you just want $80 now?" Charlie asked.

"There is no debate. In my life, I've realized that all my best purchases happened when I waited. When I rushed to decide, I often regretted it. I think a little bit of waiting this week will do you some good."

The kids huddled together, and while he could not hear the conversation, Charlie felt satisfied already. Whatever the outcome, he would come out ahead.

"I'll wait until next week, and Bobby will take his $80 now," Keith announced as the boys came out of the huddle.

"Let me guess, Keith promised you that he would pay you back at the end of the week if you take your money now, but he's going to want you to spend some of your money at the Boardwalk on arcade games, junk food, or rides for him. Is that right?" Charlie directed his question to Bobby, ignoring Keith's hand gesturing to his brother.

"That's a lot of trust you are putting in your brother, kiddo, but if that's what you want…." Charlie let his statement linger a moment.

"I can wait too." Bobby chimed up. His brother shot him a glare. "I think I'll spend more time on the beach this year. You can take the extra money now if you want." Bobby spoke confidently to his older brother.

"Congratulations, boys! By waiting, your money increased 25% in seven days. But, don't worry, we'll have lots of fun this week without going to the arcade every day."

"Thanks, Grandpa," both boys said as they hugged him.

"You can still call me Grandpa Moneybags if you want." Charlie laughed as the boys ran up the stairs.

That night as they cleared the plates from the dinner table, Charlie said to the boys. "Tonight, I want to introduce you to 401(k) plans. Have you ever heard of a 401(k)?"

Both boys shook their heads.

"Come on over to the couch and sit by me. I know you are young, but someday, you will probably work for a company that offers you a matching retirement plan. You will have to choose to put the money in your paycheck or allow your company to put the money in a separate account called a 401(k). The retirement plan might have a different name like 403(b) or SIMPLE IRA, but they function similarly.

How it works is your paycheck will be like the money I gave you. Let's say instead of making $100 per week, you earn $1,000 per week. Part of those funds will go to pay taxes. The government says, if you invest in a retirement plan, you don't have to pay taxes on any of that money until later. Also, if you invest part of your paycheck for retirement, the company says that we will match some of the money you decide to set aside. Let's say you decide to put $100 or 10% into the retirement plan, and your company says we will match up to 6% of your contributions. How much extra or free money will your employer put into your retirement account each week?

"That's right!" Charlie said. Also, the government will let you pay your taxes later. only tax you on $900 instead of $1,000." You don't pay taxes on that money until you take it out of your retirement account. Now, let me show you something."

He pulled up Bankrate's 401k Retirement Calculator on his laptop. His two grandsons sat on either side of him on the couch. His daughter, Katie, watched with a smile from the kitchen as she cleaned up from dinner. His son-in-law, Mark, snapped a photo of the trio before taking a seat on the arm of the couch to listen in on the lesson.

Using the same numbers he discussed before, Charlie entered 10% in the field, "Percent to contribute," and $52,000 in the "Annual salary" field.

"Salary increase means how much of a raise you think you will get every year," Charlie explained to his grandsons. "Typically, that's 1-3%, but it might be 0% if your company has a bad year. So what do you think we should put?" he asked the boys.

"2% it is," The proud Grandpa responded. "And let's put age 25, and the default retirement is 65, but you may retire earlier or later. Your current 401(k) balance will start at $0, and we'll assume you have an annual rate of return is 8%.

"Very cool, Dad, or should I say Grandpa Moneybags?" Katie chimed in. "Thanks for this," she whispered in his ear as she kissed him on his cheek.

Charlie smiled at his daughter, feeling a closeness to her that he had not experienced in a long time. Then, turning to the boys, he said, "Who's ready for dessert?

You May Also Enjoy

Webinar: What To Tell Kids About Investing 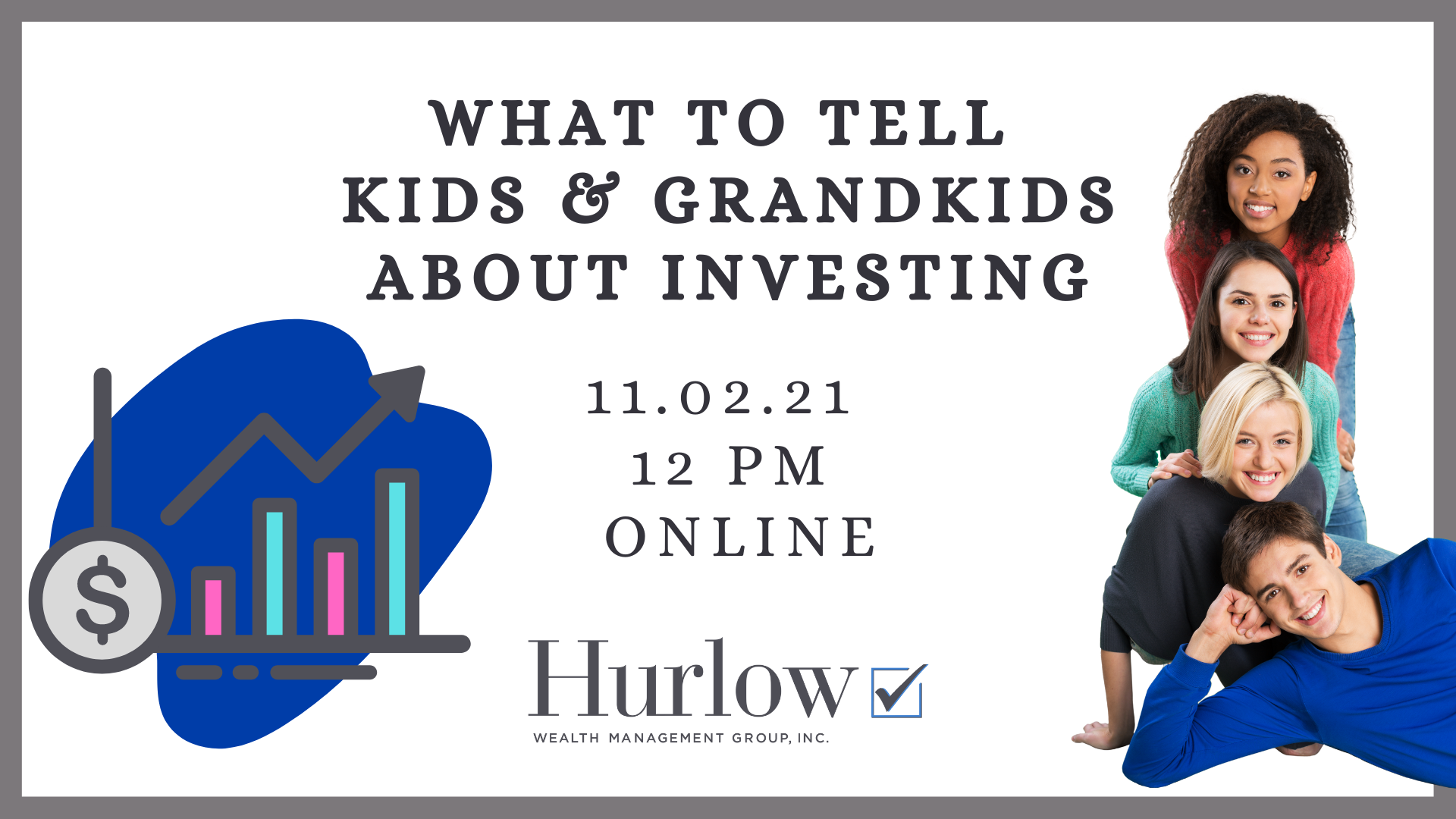 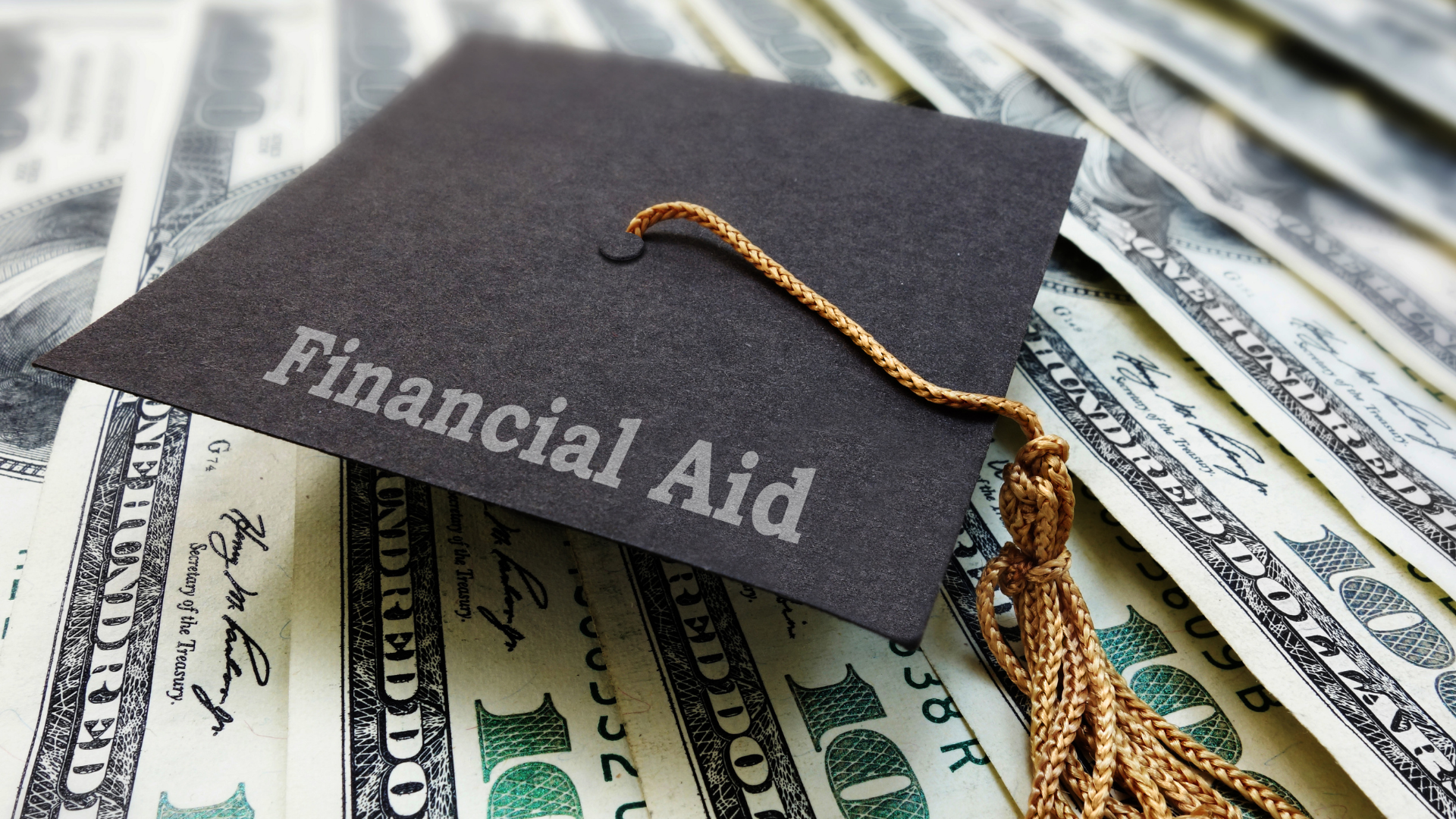 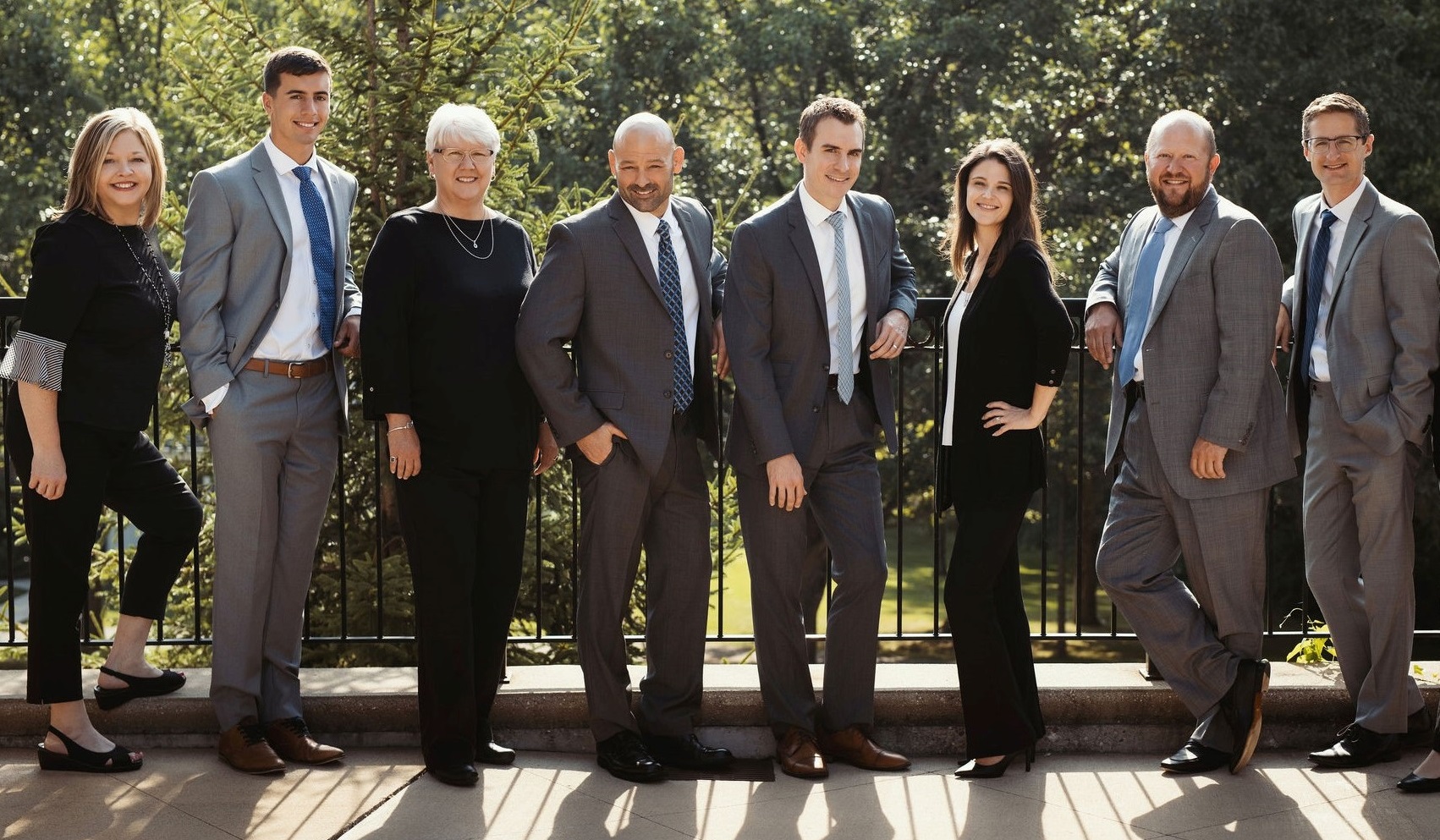